All Collections
Tutorials
Traffic analysis
Describe Scene: How to Define Your Traffic Scene for Analysis

Describe Scene: How to Define Your Traffic Scene for Analysis

How to define your traffic scene a multi-purpose analysis

After your video is successfully processed in a Data Source, you can start with the analysis. On the 'Describe scene' page, you’ll see a screenshot of the traffic scene with coloured vehicle trajectories representing the movement flows for each object class on the scene. You can filter trajectories by object class using the toolbar on the right side of the scene preview.

On the first sight, you can already gain some first insights about the traffic scene. To get various kinds of numerical outputs and visual maps (widgets) for your further traffic analysis, the necessary step is to define the conditions on the scene - set entries and exits, desired movements and areas in which you are interested. The whole process is simple and it’s enough to do it just once per camera.

After you're done, you can create various analytical widgets or reports based on your interest (traffic volumes, travel and occupancy times and much more) or process more videos with the same view in the same Data Source. With settings and filters already in place, you can get the traffic data easily via a few clicks to your widgets' dashboard.

STEP 1 - Prepare the workspace and data for analysis

Before starting to describe the scene, you can initially adapt the workspace or the presented data. In case the automatically set screenshot is not suitable for proper scene visibility, you can change it using the timeline under the scene. Click on one of the grey circles on the timeline and then on the save icon. Scene screenshots are saved on the timeline every 20 minutes. 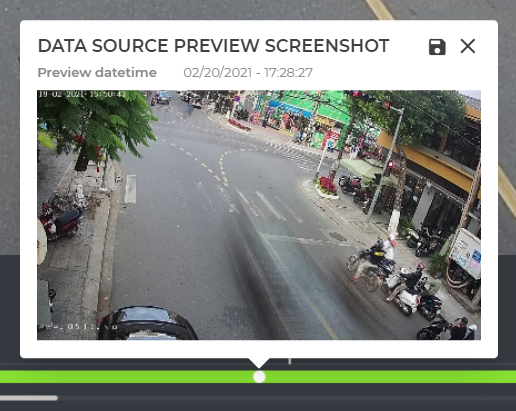 In case of unexpected trajectory connections caused by low video quality, low camera placement, etc. you can split or delete those trajectories. For splitting trajectories, use the scissors tool located in the toolbar on the left side of the scene preview. Draw a line on the scene where you’d like to disconnect the trajectories, save it and they will be split accordingly. For deleting the trajectories from a certain area, use the eraser tool. Draw a zone, save it and all trajectories within the defined area will be deleted. You can anytime reset the original data using the ‘Reset scene edits’ button from the same toolbox. 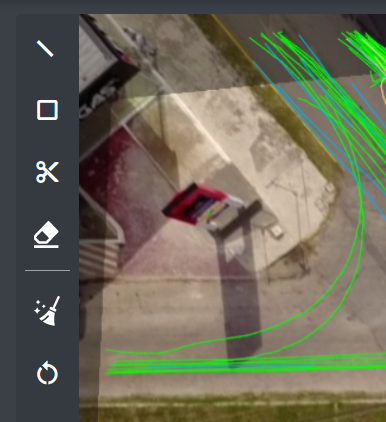 To catch the trajectories you want to edit better, you can help yourself by zooming the preview screenshot (use the mouse scroll wheel) or by selecting a shorter video interval on the timeline. You can also hide trajectories of some of the vehicle classes and work just with a subset by selecting the classes you need on the right side of the scene preview.

On the ‘Describe scene’ page you can draw virtual lines or zones on the scene to cover movements or events that you want to include into your traffic analysis. ‘Describe scene’ page displays exact traffic trajectories which will help you to draw lines or zones to the right places of interest. Lines are usually good for defining entries, exits and movements between them whereas zones are used for stay or stop events, occupancy time and so on.

The image below shows an example of how the lines and zones can be placed for a basic traffic analysis of an intersection using the line and zone creation icons on the upper left corner of the ‘Describe scene’ page. If you need to change the scene set up, you can easily delete all graphical objects by using the ‘Clear scene’ tool from the left toolbox.

Once the scene description is ready, you can copy it to other Data Sources with the same resolution using the ‘Copy’ tool in the down part of the left toolbar. It can be useful for the same or similar camera views. 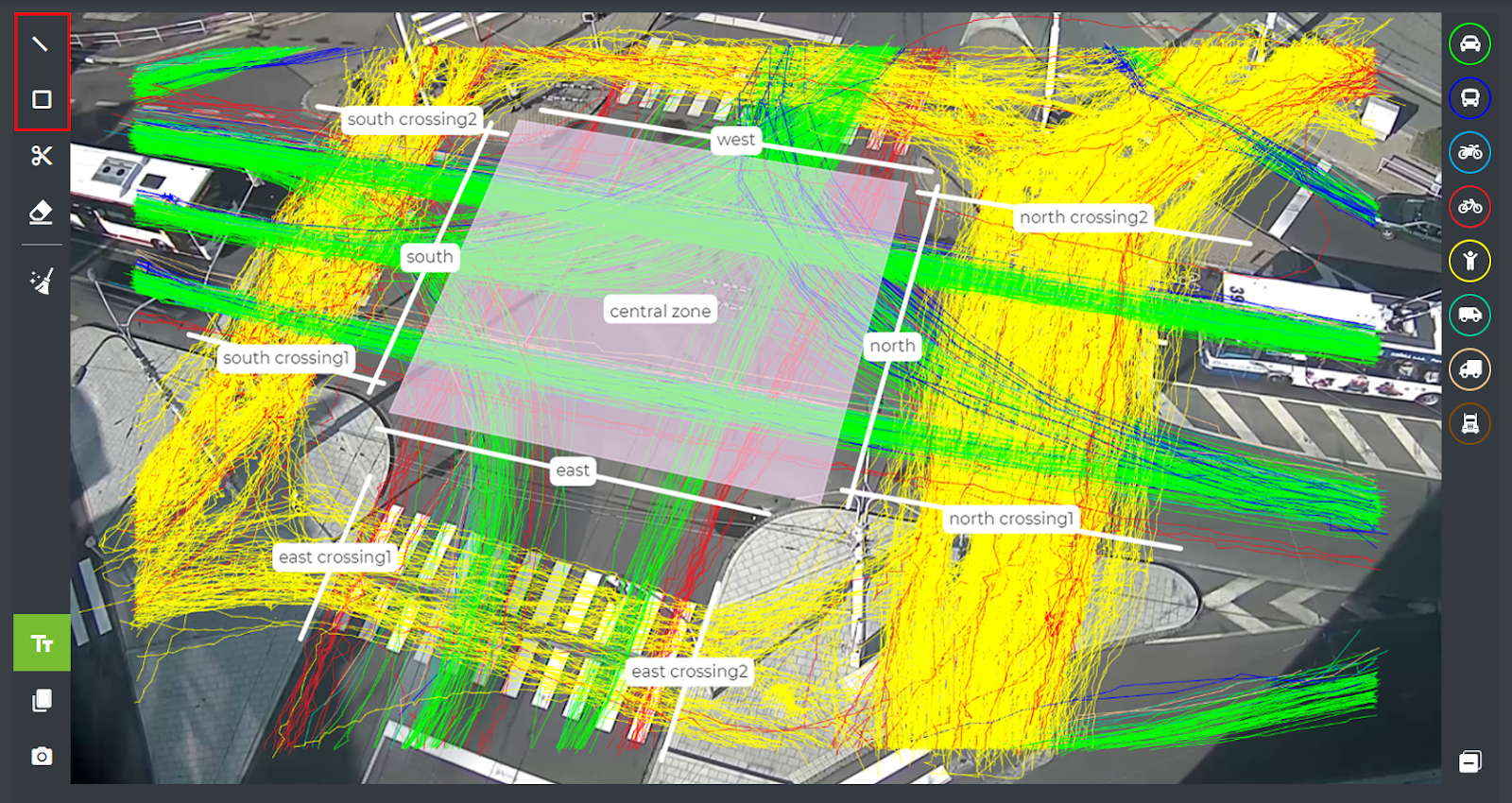 Picture 1: A possible scene description of an intersection

Check out some tips and recommendations regarding filter placement here.

The most common way to describe traffic behavior on the scene is by defining the traffic movements. Movements allow you to filter traffic objects that are driving the selected path. That is a necessary baseline for all kinds of analyses, from traffic volume counting to advanced analyses of travel time, saturation flows and more.

A movement can be created for a single line or zone or for a path consisting of multiple lines or zone crossings, depending on your needs. One line or one zone crossings will give counts for all objects regardless of their direction, whereas by multiline/zone movements only objects going the specific direction are filtered.

The example below filters traffic objects (trajectories) that were crossing the line North, then the Approach zone and then the line West in that specific order. For more information, click below and read the full article describing traffic movements in detail. 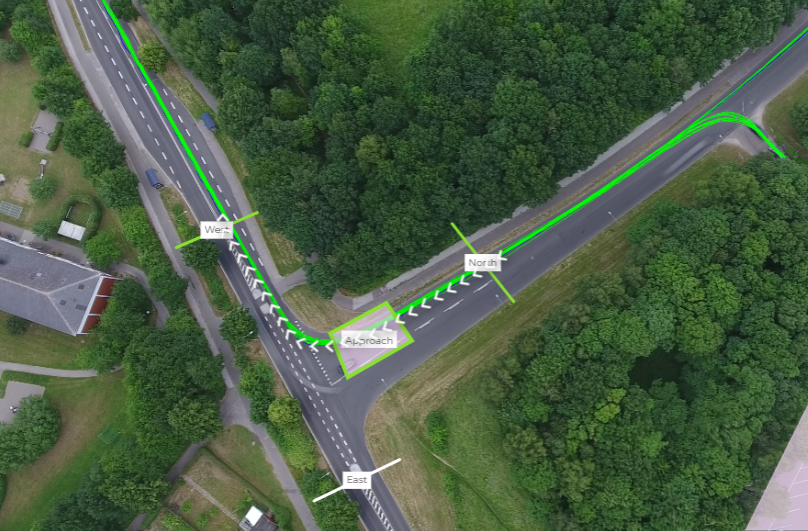 Picture 2: Example of a movement crossing 2 lines and a zone

The second option for defining specific traffic behavior conditions is using Events. Events allow you to create advanced conditions for your filters and scenarios (e.g. filter traffic objects by occupancy time in a zone, filter only the vehicles that stopped in the area).

The third option for defining the traffic behavior is to create a traffic scenario that allows for combining various movements and events into complex conditions. Scenarios use simple logic operators AND, OR, THEN, and NOT. With this tool, you can easily filter the traffic trajectories for the most complex traffic situations you can think of.

The example below filters traffic objects that followed one of the defined traffic movements AND were occupying the middle of the intersection for more than 15 seconds. For more information, click below and read the full article describing traffic scenarios in detail. 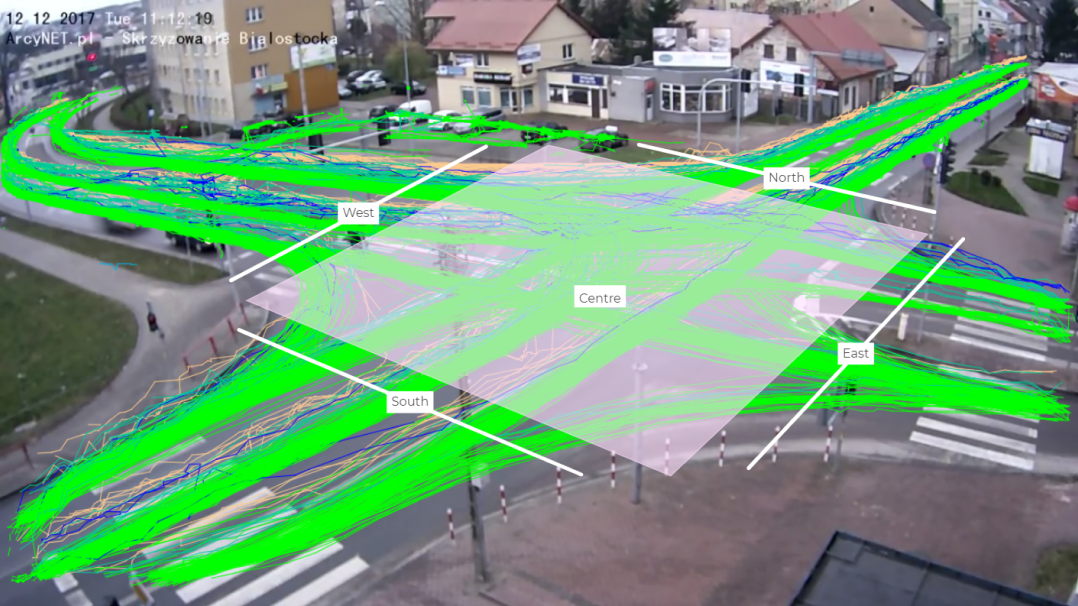 STEP 4: Getting the traffic data reports

Finally, to analyze the traffic data defined by your movements, events or scenarios, you can create appropriate widgets on the ‘Analyze data’ page or reports for desired movements using the ‘Traffic exports’ page.

See our guide on How to create widgets for the traffic volume, travel time, peak periods or various visual maps to get the most of the Video Insights platform.