The Collision points heatmap shows areas where pedestrians and cyclists intersect with other vehicles. Based on the crossings of vehicle trajectories and trajectories of pedestrians and bikes, it shows a brief overview of potential places where accidents between them can happen.

The widget can be created either for the whole scene without any selected filter or for particular movements. Scene visualization generally shows main areas of vehicles x people interference like intersection crossings or some parts of bike lanes. 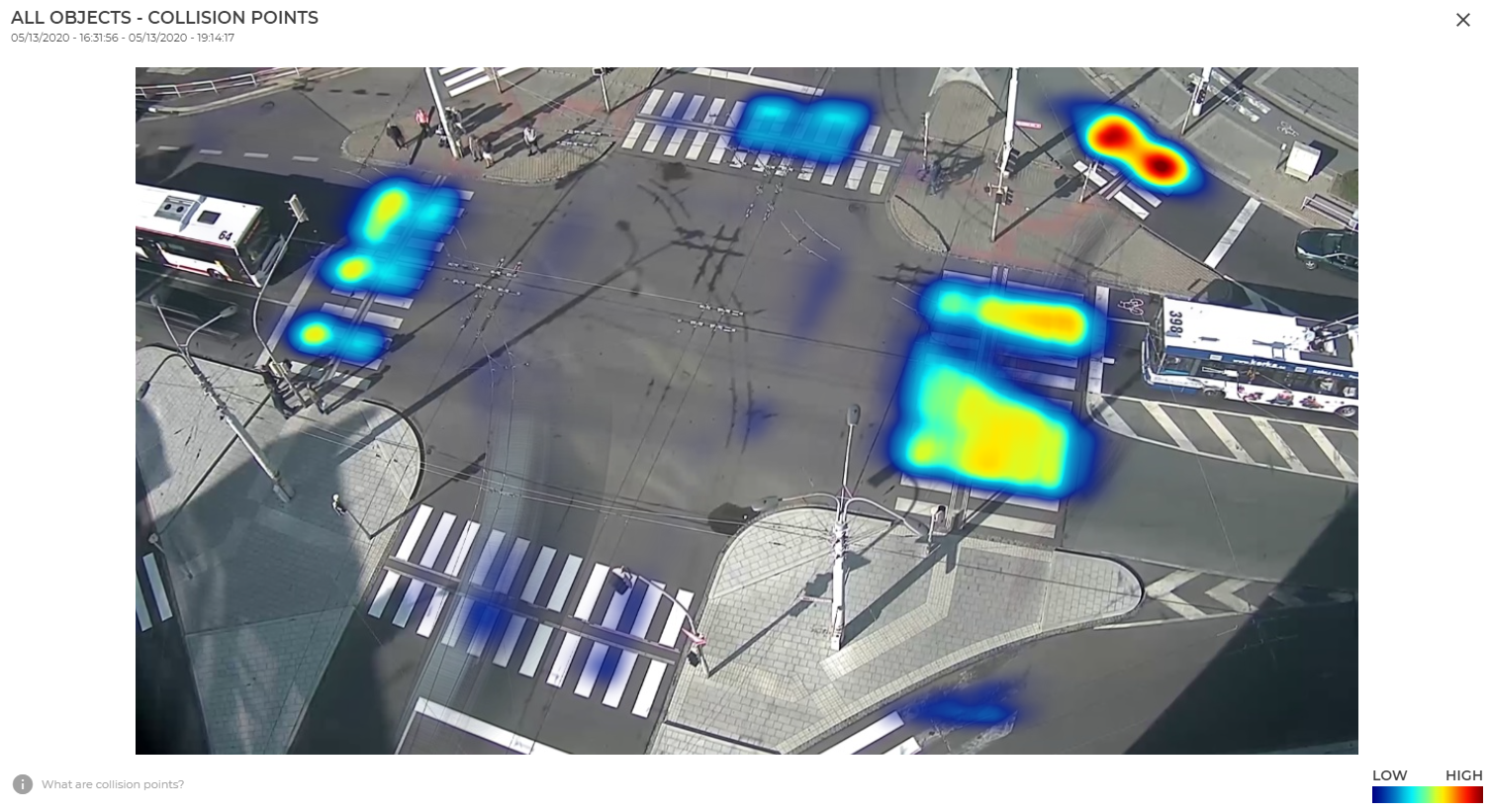 Used for a particular movement or traffic flow, just a single movement can be chosen. In that case however, only trajectories of the chosen traffic flow are taken into account in the widget visualization which might not bring the expected result. When you want to analyze specific collision point areas of particular movements, a suggested way is to create a scenario consisting of 2 (or more) movements with an “OR” operator and make the collision points widget from the scenario. 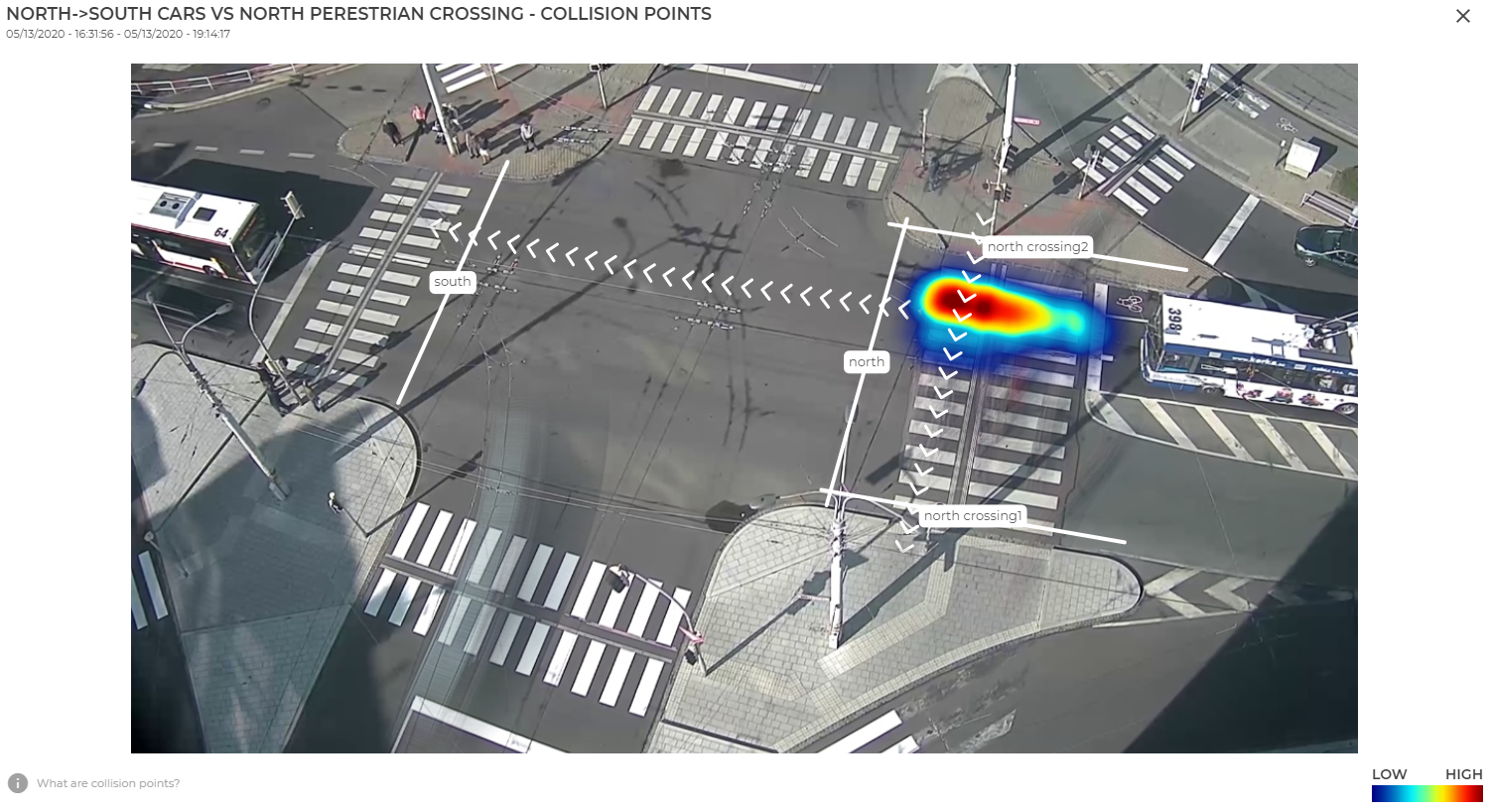 Collision points are based just on the crossings of vehicle vs pedestrian/cyclist trajectories. There are currently no other factors like object size, time delay etc. taken into account and also no collision points between vehicles.

The Collision points heatmap is calculated only from traffic objects which match the widget settings. By definition, persons and bicycles cannot be removed from the widget calculation.

Note: On scenes with significant perspective, places far from the data source might produce inaccurate results or cause bias in the heatmap.

Back to the list of widgets
Did this answer your question?