A quick way to discover an average occupancy time of vehicles or pedestrians on the whole scene or in specific locations. In the Hold-up heatmap, the scene is divided into a 10 x 10 grid and for each of the fields, the mean occupancy time is calculated based on your selected filter and chosen vehicle classes. Unlike the Occupancy time widget, the results on the heatmap are shown not just inside a specified zone but for all the fields on the scene, where the tracked objects from the specified zone appeared.

Note: The Hold-up heatmap is calculated only from traffic objects which match in the selected time range. On scenes with significant perspective, places far from the camera might produce inaccurate results. 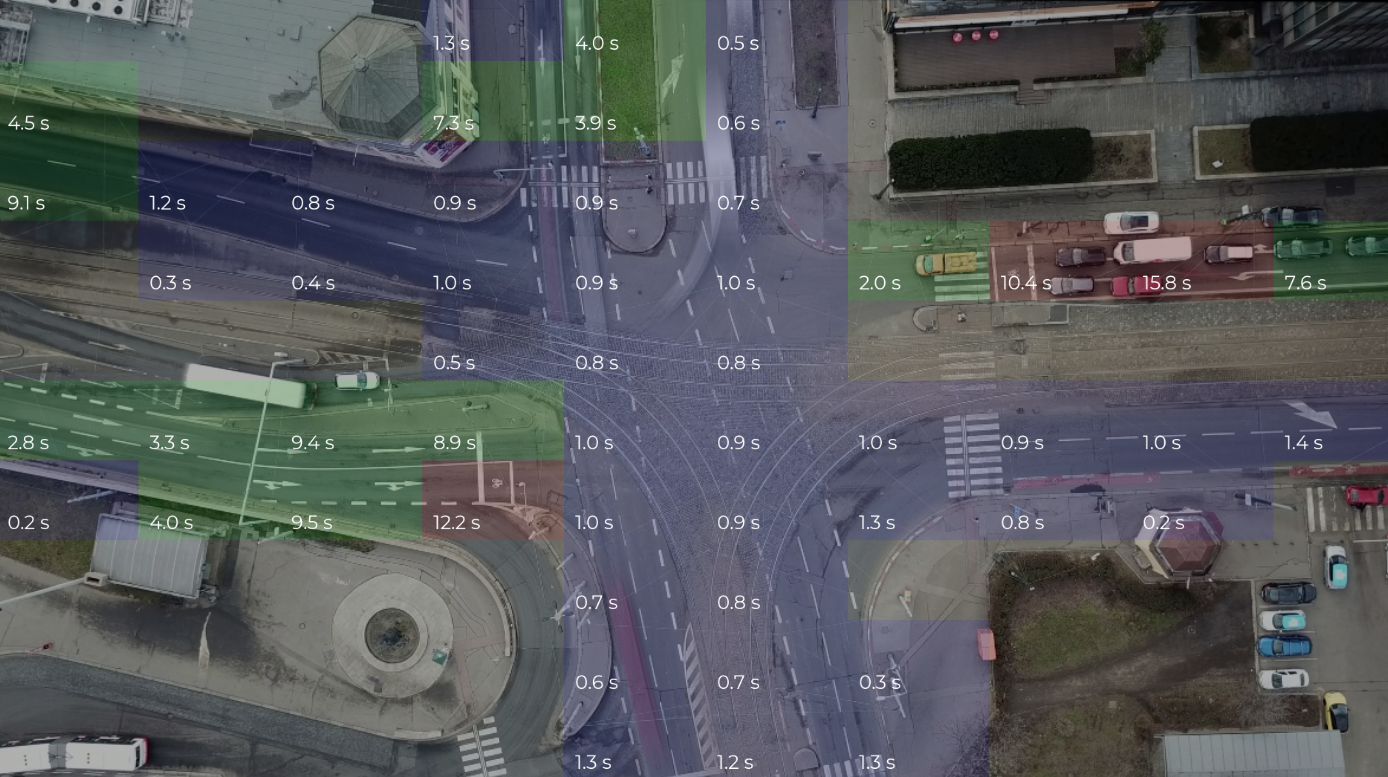 Back to the list of widgets
Did this answer your question?