GoodVision uses a default classification scheme consisting of 8 basic classes - cars, vans, buses, trucks, heavy trucks, motorcycles, bicycles, and persons (see the full description here). However, the users can set up a customized class scheme according to their needs and standards. The object classes can be renamed, merged together, or completely removed from the scheme. You can also add new classes by applying coefficients to the remaining classes (explanation below). Remember, the adjusted classification will then be used through the whole Project and cannot be edited in a later stage anymore. 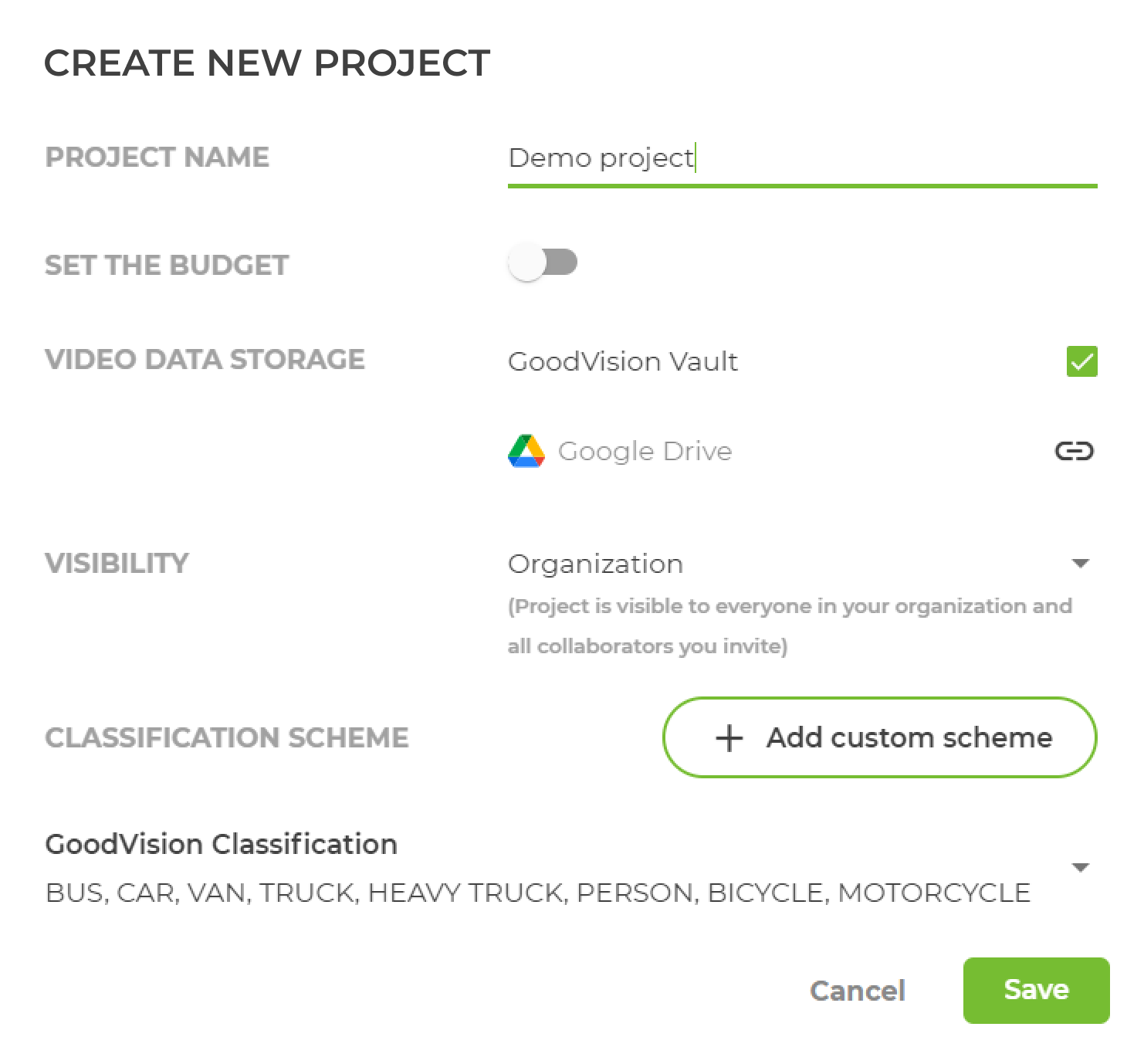 Picture 1: Possibility of adjusting the classification scheme when creating a new Project

A click on the 'Add custom scheme' button will open a new window where the default scheme can be customized and the standard object classes manipulated. Let’s explore what the possibilities are. 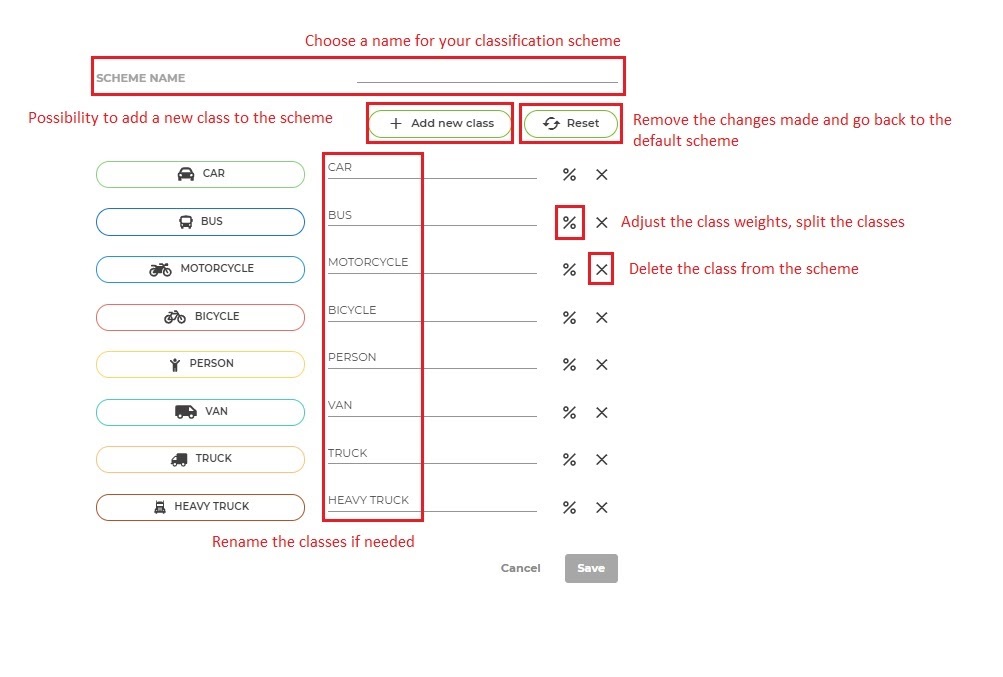 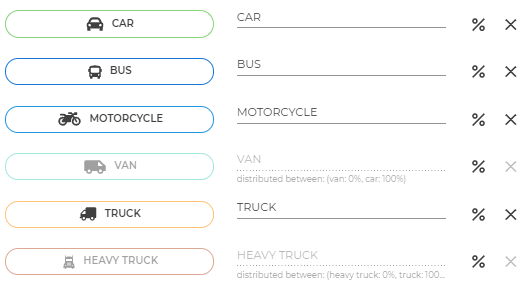 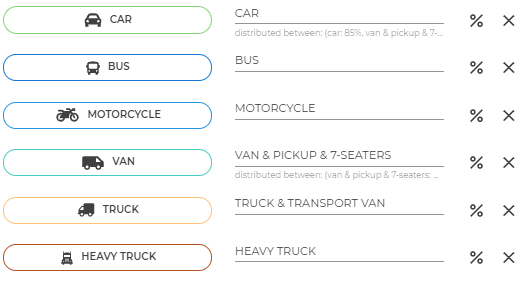 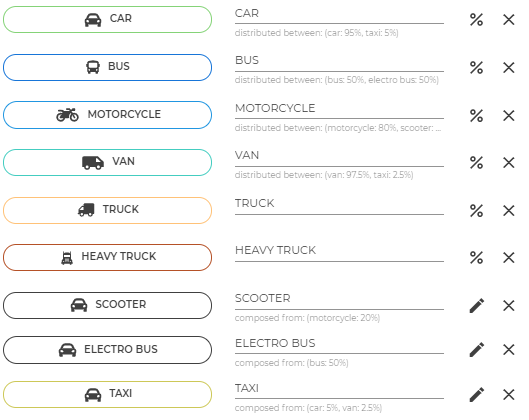 In this picture 5 example, we have created a scheme where 5% of cars and 2.5% of vans are to be considered as "taxis" (a newly added class), 50% of buses as "electro buses" and a new class "scooter" is created from 20% of motorbikes. These coefficients will be then used for every video footage uploaded and processed in the given Project. They will be visible both in the data in widgets and reports and in the form of the anonymized colored trajectories on the describe page of each Data Source.

Important note: Please keep in mind that adjusting the scheme this way, i. e. using the coefficients to split or add new traffic object classes, happens just on the statistical level. That means that the traffic volumes will be based on the chosen weights but will still originate from the initial 8-class dataset. Normally, clients use some additional research for setting up the coefficients in a realistic way.

GoodVision offers that service as well, so feel free to contact us in case you need to quickly set the class coefficients based on some manual verification from recorded footage.

Another, more robust way is to train the GoodVision neural network to recognize completely new or different object classes directly when processing the video. This option is qualitatively high but requires some additional costs and time for preparation. Moreover, it needs training and probably also some data input - recordings with some thousands of pictures (or dozens of hours) of the desired object class in different conditions/locations. Anyway, some GoodVision clients already use this possibility of an enriched classification scheme based on network training to deliver more precise results for the regional surveys. Please let us know if you are interested in this feature and we will prepare a description tailored to your needs.