How to do Gap Acceptance Analysis with GoodVision

A quick step by step guide and a free-downloadable Excel tool to perform the gap acceptance analysis quickly and easily.

Travel efficiency and traffic safety on non-signalized intersections are one of the main objectives considered in traffic management and control. Non-signalized intersections usually have more traffic conflict points than signalized ones and they are efficient if the vehicles from minor streams have a chance - a gap big enough to slip into the major stream without causing an incident or an unnecessary delay in both streams.

Let’s go step by step with the analysis of traffic delay on the exemplary non-signalized roundabout. Traffic in the location below was captured using a fixed traffic camera and the data was extracted from video footage using GoodVision Video Insights video analytics. 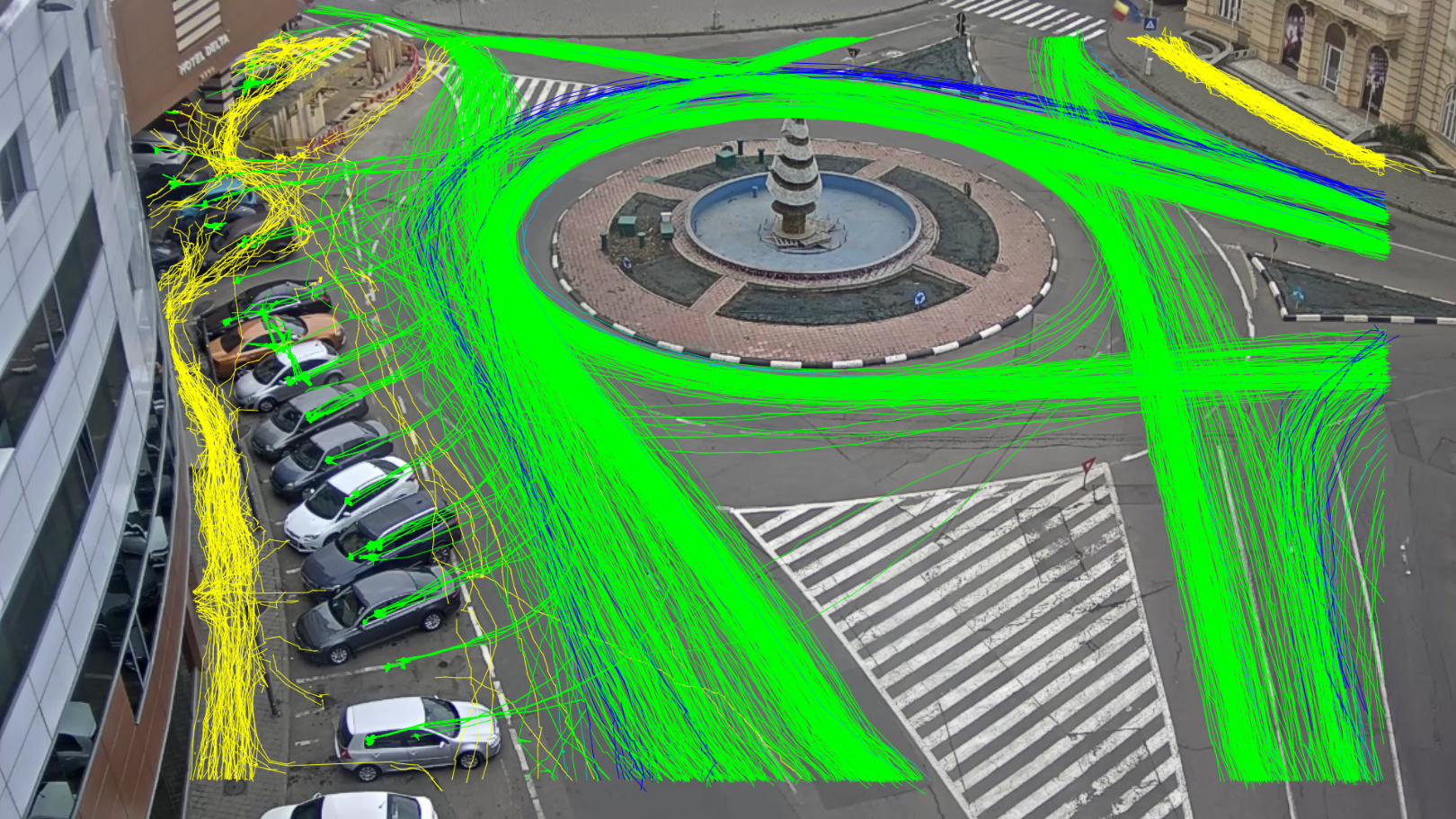 2. Defining the traffic movements for the analysis

In this guide, we will analyze critical gaps on the SOUTHEASTERN entry to the roundabout. The traffic movement that gives priority will be considered as a MINOR traffic stream. The MAJOR stream is the main stream of vehicles with priority, inside the roundabout.

2a) Creating a MINOR stream movement

Draw a virtual line to the place where cars from the minor stream are discharging into the roundabout. When they pass this point, it is considered that they merged with the MAJOR stream. Let’s label this line as MINOR IN respectively.

Draw another virtual line to the place, where cars are approaching the “waiting zone”. When they pass this point, it is considered that they are waiting for a gap to be accepted. Let’s label this line as MINOR WAIT respectively. The recommended distance between these two lines is approximately the length of the vehicle. Then create traffic movement for this MINOR stream. Read about defining traffic movements in Video Insights.

2b) Creating a MAJOR stream movement

Draw a virtual line to position on the major traffic stream, where cars are passing by the minor stream entry into the roundabout. This will give us very precise time-stamps of cars passing by and not giving priority to minor stream cars. Let’s label this line as MAJOR respectively. Create traffic movements for this line. Yes, the traffic movement, in this case, will be created only with one line.

See the desired configuration below:

Picture 2: Screenshot of my workspace in GoodVision Video Insights with the setup for gap acceptance analysis

To obtain the full list of vehicle passages on each of the movements, simply create a Vehicle List report and select these movements. Your report will be ready in a matter of seconds. Read more about vehicle list reports.

See the example below: 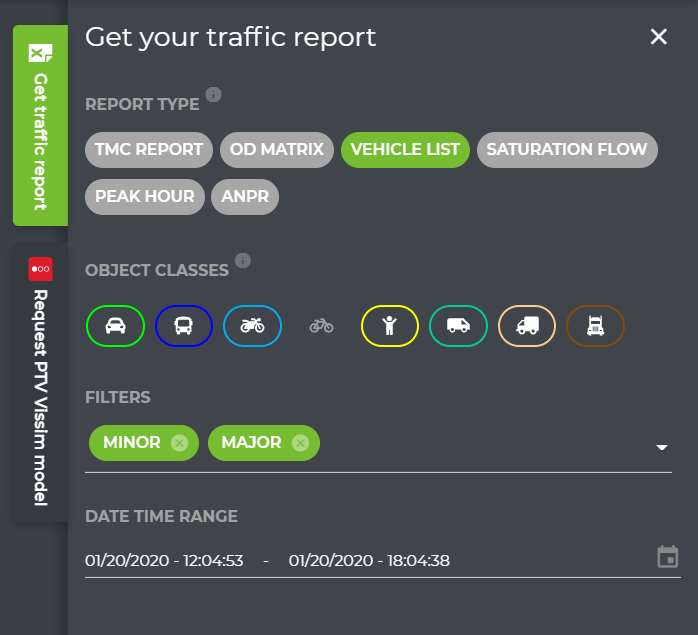 Picture 3: The window of the report builder in GoodVision Video Insights with selected “Vehicle List” report

A sample report is on the image below: 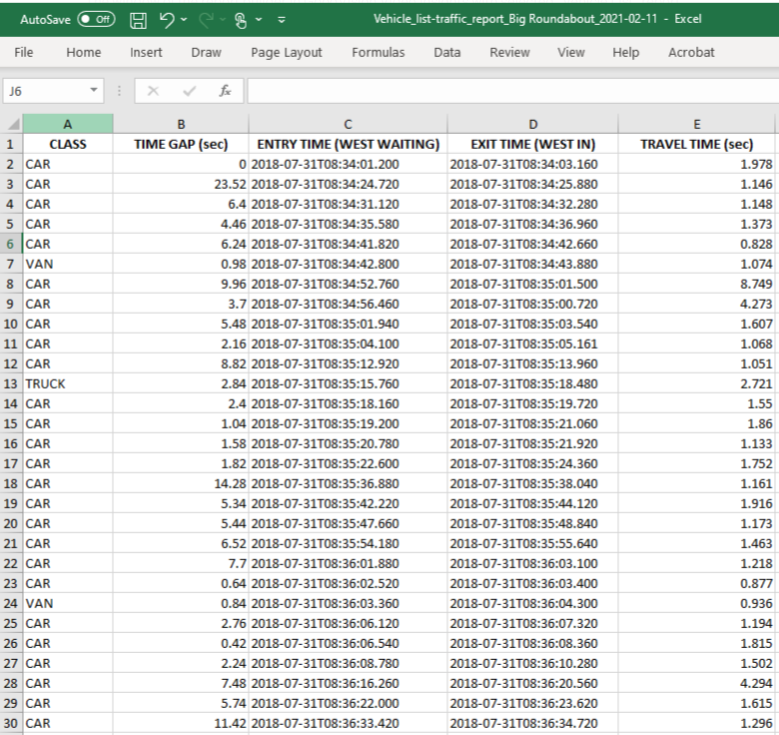 Picture 4: Sample of the Vehicle List report generated for the MINOR WEST movement

Gap acceptance analysis is fully automated in GoodVision Video Insights and the user is provided with a detailed report straight away.

How to do it step by step: 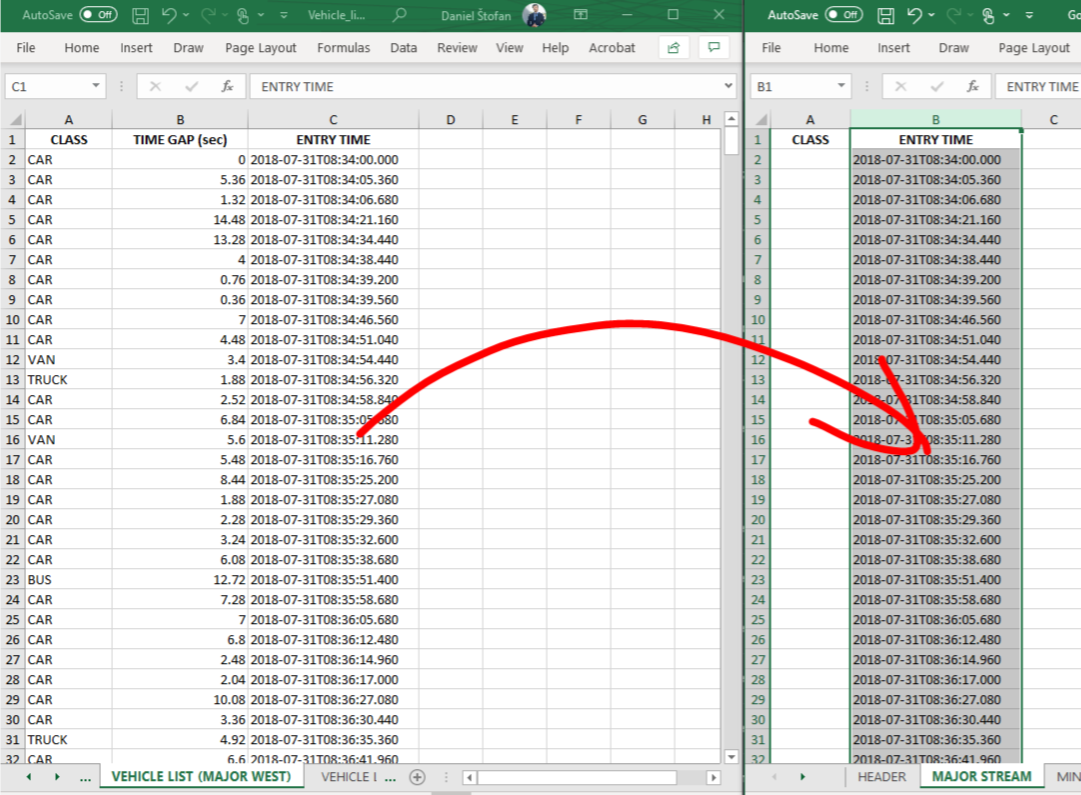 4. Now copy and paste the required * columns from the MINOR sheet of the vehicle list report to corresponding columns (ENTRY TIME and EXIT TIME) of the MINOR STREAM sheet in the Gap Acceptance Report. 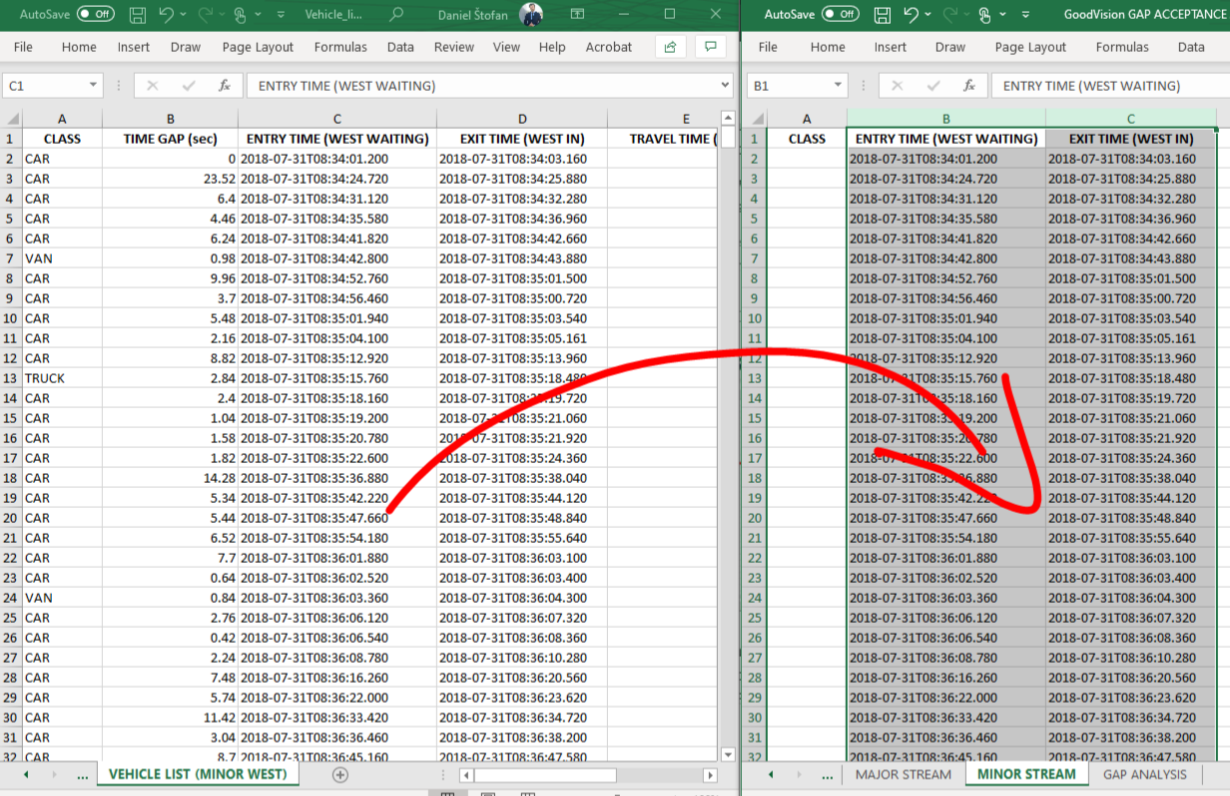 5. All done! Now you can see the results of the gap acceptance analysis on the sheet called GAP ANALYSIS. Repeat for other roundabout entries. 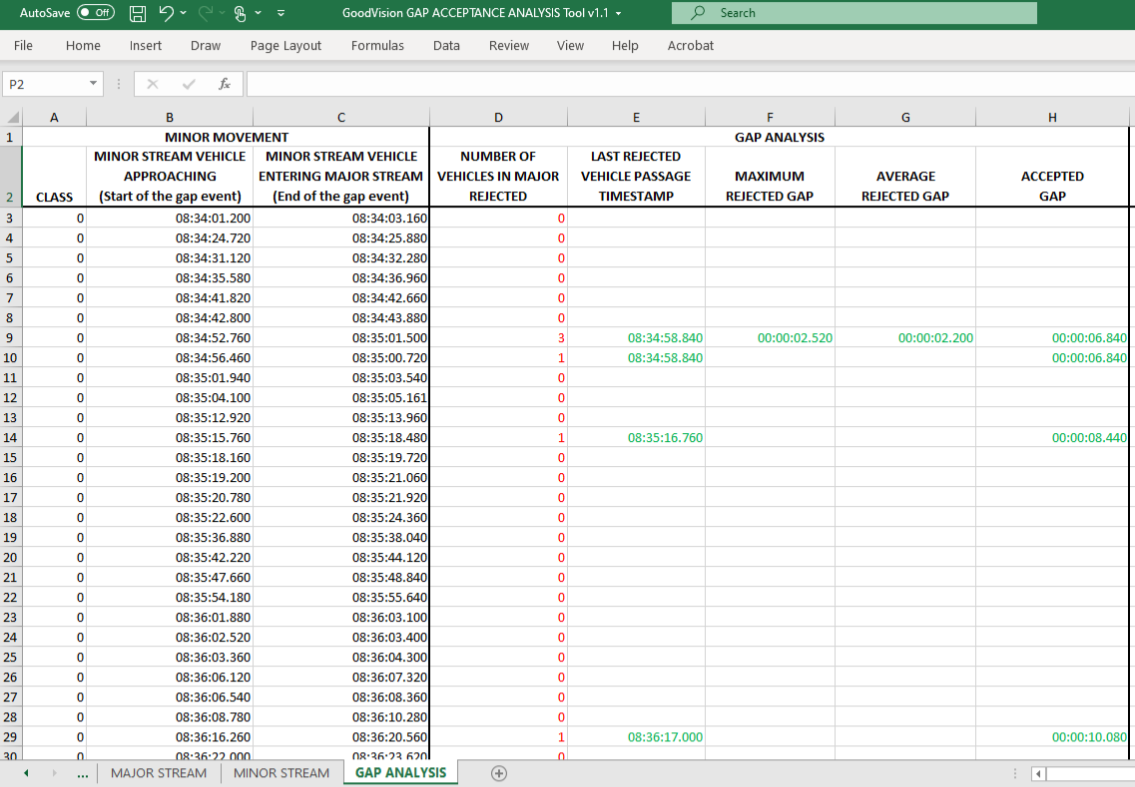 Here is the explanation of the parameters it provides:

Download the Gap Acceptance Analysis Excel Tool
Did this answer your question?